Kathrine Waters is a performing vocal teacher with extensive experience in small and group instruction in voice and piano, as well as private lessons. She has a bachelor’s degree in music education from San Francisco State University and a master’s degree in music education from the Boston Conservatory. She has taught public school music at the elementary, middle school, high school and college levels. She has directed music and served as a vocal coach in musical theater productions for performers of all ages. Her performing experience is mostly in the area of musical theater, playing leads in such shows as Hello Dolly, A Little Night Music, Guys and Dolls, and I Love You, You’re Perfect, Now Change. She has also performed as a classical soloist in oratorios and operas, such as the Faure Requiem and Amahl and the Night Visitors. She has performed with theater companies, choruses and orchestras in Indiana, Massachusetts and Germany. She is also an experienced church musician. Kathrine is a member of the American Choral Directors Association.

Vocal students of Kathrine Waters have ranged in ages from elementary school through adult, learning healthful vocal technique and music literacy in various styles and languages. Her students have gone on to study music at Ithaca College, Berklee College of Music, University of Massachusetts, University of the Pacific, Belmont University, University of Miami, Yale University and Dartmouth College. They’ve participated and in some cases led such prestigious college a cappella groups as the Yale Whiffenpoofs, the Rochester Yellow Jackets, the Hexachords of UMass Amherst, the Clemson Tigeroar and the Dartmouth Aires.

The students have found strength and confidence in their vocal abilities and music literacy. This success as music scholars has often convinced them that they could be successful in other subjects and provided them with a happy habit. They’ve been leaders in their school music programs and musical theater groups, and almost all went on to sing in college, winning scholarships as vocal majors or choir singers. The adult students study voice to get better at singing in church, community chorus or community theater. Most take lessons because singing is challenging and fun

Elizabeth holds a Bachelor’s Degree in Music Performance from California State University East Bay, where she studied clarinet, bass clarinet, and contra-clarinet under Diane Maltester. In addition, she has completed instrumental and vocal methods courses for teaching music. Although primarily a clarinetist, Elizabeth is also trained and experienced in piano, voice, saxophone, and violin. She also specializes in teaching early childhood music as well as students with specials needs.

Elizabeth also volunteers as a church musician where she has the opportunity to perform monthly on vocals with a team of other skilled musicians. Through her years of performance and study, she has a comprehensive knowledge base of both traditional and contemporary church music.

Elizabeth’s exceptional interpersonal skills help build a great rapport with her students and their parents. She is both excited and prepared to teach music to children of all ages. 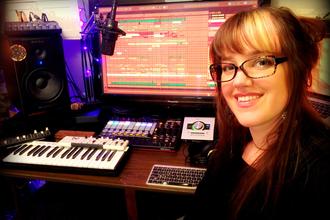 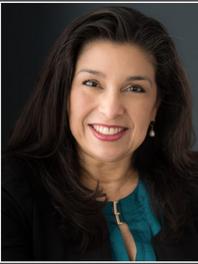 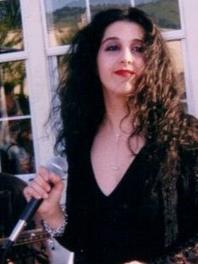 Isabella Göze is a classically trained singer and excited to work with your kids to help improve your singing skills. She started singing as a young girl and began her professional career in 1994. Isabella holds a Bachelor of Music degree in Vocal Performance with an emphasis on Opera from San Francisco State University. Further strengthening vocal education, she completed a pedagogy workshop at the prestigious Boston Conservatory- in 2011. With 20 years of professional singing and teaching experience, Isabella is well prepared to give you the tools you need to become a successful singer in a fun and inspiring environment.

Over the years, Isabella has worked with numbers of children and students at various summer music camps. In addition to opera, she is very comfortable singing and teaching other popular genres such as Western Classical, Choral, Jazz, World Music, Ethnic Folk, and Devotional to name a few. She is a very versatile singer, and can sing in thirty-five different languages and continues to add to her repertoire. While working overseas, she performed with the prestigious TRT Polyphonic Youth Choir for three and a half years. She has taught performed for twenty years in various styles and venues around the Bay Area including The Young Museum, Palace of Fine Arts and Le Petit Trianon. In addition, she’s appeared on various TV and radio locally and around the world.

Kyrstyn began teaching music to children at 14, and has been performing since before she can remember.  She teaches Voice, Piano, Song-writing, and Music Production privately as well as in public schools to both children and adults.  A multi-instrumentalist, she regularly performs as a solo song-writer and improvisational crowd-sourced music producer.  She studied Classical Voice, and Music Technology at the University of Michigan School of Music, and Portland State University.  Later, she studied Classical Indian Voice and Tabla in Varanasi, and Dharmsala, India, after which she toured internationally with multiple bands, including a 40 piece traditional Balinese style Gamelan which played in Bali, Java, Japan, and the US.  After she had her fill of big bands, she started her solo career and has been writing, producing, and performing her own music ever since.  With a special passion for unlocking the innate creative drive in each student, she creates individual curriculums and assignments suited to each student’s needs, with a big dose of encouragement along the way.

Taylor has been doing music her whole life, and was actually very adamant at a young age about it being something she could do for a living, and not just as a hobby. She was part of the Youth Choir at St. Raymond's Church for six years, and was also a member of her High School Choir at Dublin High for all four years she attended there. She maintained these two choirs as well as her own band simultaneously throughout middle school and high school. After obtaining her Associate's Degree in Music from Las Positas for voice and piano, she knew her future involved music, but she didn't know in what way until recently. Teaching wasn't something she originally sought out, instead, it found her, and she could not be more blessed. She has stated numerous times that "teaching is the best thing I have done with my life so far." Her lessons are filled with learning and laughter, making them a beautiful combination of fun and focus. She makes learning enjoyable, and due to this, she has witnessed many of her students excited to practice and move forward. Taylor loves teaching as much as she loves music itself, and she is thrilled to share her knowledge and enthusiasm for it with others. 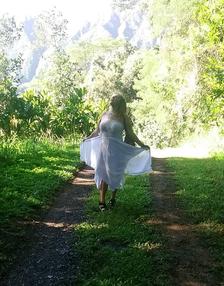