David Israel Katz is a Singer, Guitarist and Composer with extensive performance, recording and teaching experience. He fronted legendary post-rock band The Fluorescents, and has performed nationally and internationally with such artists as Kronos Quartet and Meredith Monk, and with the San Francisco Symphony Chorus and the Israel Philharmonic. A versatile and adventurous musician,

David feels equally at home in Rock and Pop styles as he does in Western Classical music or Eastern European folk. David received a Master’s degree in Music Composition and a Master of Fine Arts in Music Performance from Mills College, Oakland. He loves to teach students of all levels and ages, and specializes in harnessing the student’s own musical creativity towards developing skill, fluency and confidence. 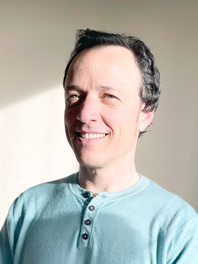 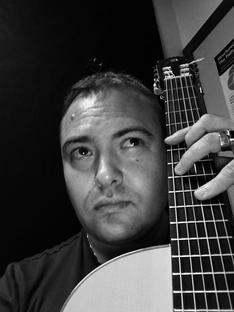 Patrick grew up in a musical family and learned to play the guitar and bass at an early age. He began taking piano lessons at the age of 11 and he is grateful to have had that foundational instruction in music theory. Though his specialty is stringed instruments, Patrick composes songs on the piano and acknowledges it as a vital part of any musician’s development.

After playing the bass in numerous jazz bands, symphonies and rock bands in high school, Patrick went on to earn his Bachelor of Arts degree in music performance on the upright bass. He continues to play in bands and write songs when he is not teaching.

Patrick has not only taught music, but also English as a foreign language to Indonesians in Bali for three years. He sees a strong relationship between learning a language and learning to play music. Patrick is excited to continue passing on his extensive knowledge of music to enrich the lives of youngsters at Music & Beyond!

* Only Teaches on Saturdays 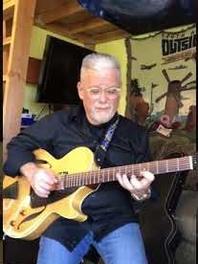 ​
Jake Nunn is a professional musician and is the founder/lead vocalist/guitarist of Hysteria, as well as the lead vocalist/rhythm guitarist of the Oakland-based heavy metal band Hell Fire. He has gigged and toured alongside some of the most notable names in the metal genre, such as Death Angel, Jason Newsted (Metallica), Saxon, Exodus, High On Fire, The Casualties, and many more. Between Hysteria and Hell Fire, Jake has recorded and released 5 full length albums and will be releasing a 6th with Hell Fire in 2021.

Jake began his journey towards becoming a professional musician at the age of 5 and has dedicated his life to his passion for music. He specializes in guitar, but also teaches rock vocals, bass, and ukelele. With over 12 years of teaching experience; Jake’s laid back, comprehensive teaching style makes him an ideal teacher for students of all ages and genres. 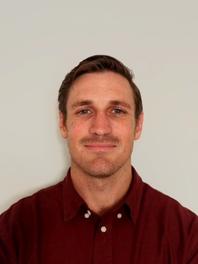 Online: Depending upon day/time 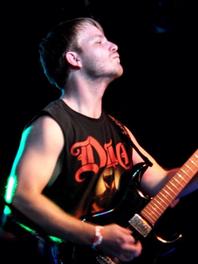 Carl Rosenblum attended Berklee College of Music in Boston, Massachusetts. He has toured with Herb Reed and the Platters and has signed and recorded at CBS Records in NYC. He has also toured with Bobby Vincent, a Boston TV celebrity. He has played at the Boston Playboy clubs, and at the Fairmont, Mark Hopkins and St. Francis hotels in San Francisco. Carl has also played in pit orchestras in Tri-Valley and Starstruck productions during the past ten years.

Carl’s exceptional interpersonal skills help build a great rapport with his students and their parents. He is both excited and prepared to teach music to children of all ages.